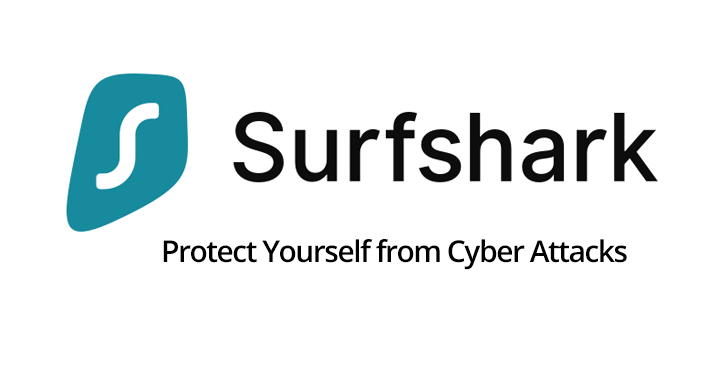 Nowadays all our activities highly depend on the Internet that includes shopping financial services, communication, entertainment and number of other services. The Internet empowers several techniques; on the other hand, it poses certain dangers.

According to the recent reports, we can see a massive increase in various threats and the sophistication method followed by the attackers. Anyone can fall victim to the cyber attacks starting from tech giants to individuals.

Using a VPN could enhance your overall Internet security by creating a private connection between your device and the server, from the server, the traffic is routed anonymously.

Before choosing a VPN, there are several factors to be considered that includes speed, Security, server location, and costs. Premium VPN services such as Surfshark provides you CleanWeb features that block phishing attempts, malware, ads, or trackers that bother you.

By using a VPN, all your file transfers from your computer or mobile phones will be encrypted using AES-256-GCM algorithm and it also hides your IP address, which makes difficult for trackers to extract your location or identity.

CleanWeb is available for all popular platforms that include Windows, macOS, iOS, Android, and for browsers Firefox and Chrome.

Using a public WiFi is not recommended, if you are supposed to use the public WiFi then the best way is to with the VPN, which gives you stable connection and enables you to secure the data from prying eyes. Also, you can switch between the VPN servers as many times as you want.

How CleanWeb Protects You from Cybersecurity Threats

Scammers users various stealth methods to deliver you phishing email that appears to be coming from a bank, tax returns, and in different forms. With these methods, hackers can loot barrage of personal and financial data, which results in high impact attacks.

Surfshark provides features that are more than a VPN, CleanWeb feature that comes with Surfshark checks the integrity of the domain that you are visiting, and if it appears suspicious, then it block the domain and prevents you from danger.

Cyber-attacks becoming a crucial weapon nowadays, it may cause financial loss, reputation losses, loss of data, and more. Every year attackers implement new methods & keep on adding new tools to their Arsenal.

The latest example for that is the MuddyWater APT group, they have recently added a new set of latest exploits to their hacking Arsenal and tactics, techniques and procedures (TTPs) to target government entities and telecommunication sectors.

After digitalization, laptops and mobile devices, particularly android device becomes an ideal platform for product and service promotions. By using a VPN enabled adblocker, you can stay clean from the anonymous ads.

The social media is the great place where enjoyed by hundreds of millions of people every day, but it doesn’t come risk-free, starting this April 74 Facebook group has been taken down by Facebook as they distribute malware.

By blocking the privacy violation of loyalty service, you can enjoy a clean Internet by using CleanWeb. You can connect to the VPN simultaneously with the number of devices that you have.

Threat actors usually employ social engineering techniques to manipulate their weak points, such as curiosity, greed, gullibility, fear of authorities, etc. Cyber attacks come in many ways; a well-designed strategy can help to a great extent.