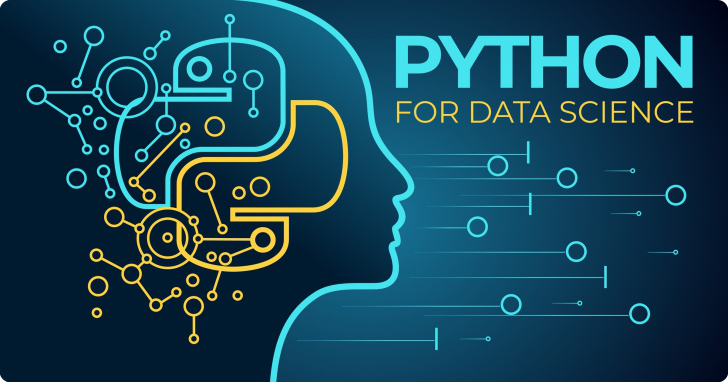 Python for Data Science is one of the essential parts for those who all are willing to focus on Data science. There are a lot of people who do data science who understand that they need to do more tools to do their work even better.

One of the tools that people choose to learn is Python. They realize that coding can be essential in data science so they would like to learn more about how to use this properly.

Some have realized that learning how to code with Python has made things so much easier for them. They have learned the basics, and they can progress on doing more complicated tasks after. Are you thinking about learning Python too for data science? Knowing the correct details will help you out for sure.

Why Learn Python for Data Science?

When we look into Python for Data Science, Python has gained popularity over the past years, and this has always been the choice of people who would like to do a lot of data analysis. It will help if people already know the basics of Python since before so that this programming language can be learned easier. If not, no worries. The basics of Python can be mastered in a short amount of time with a lot of dedication and practice.

These are some of the reasons why people have decided to improve Data Science with Python:

Although it may seem like the best idea, it should be understood that it is not 100% perfect. Some people decide not to push through with it because this is an interpreted language.This means that it will not work as fast as a compiled language.

There are some essential needs for cybersecurity with the help of data science to improve the challenges tasks during cyber incidents.

It would reduce the burden of analyzing a big data to identify suspicious activities. Data science helps in fast delivery with extreme accuracy.

Software that uses data science in cybersecurity can read data such as e-mails, documents, etc which helps in the discovery of threats and for investigations.

Why Learn Python in General?

Some people assume that Python can only be used in data science, but actually, it can be used for a lot of other things. This is now being used for artificial intelligence, analytics, big data, and even machine learning. Other programming languages can also be used for these fields, but Python is usually the easiest to learn..

Python is known for its simplicity and flexibility, and unlike other languages, Python becomes the most common vector for developing cyber security and hacking Tools.

If you learn Python, you are different that more opportunities will be available for you in various industries. You can change careers if there is something that you have always wanted to do. There are also some people who would love to learn Python because they know how useful this is for web development and.

Its popularity is not only because it is easy to learn. Over the years, people have proved, a programming language can solve complex issues and problems. As long as you are familiar with the rules of Python and also the syntax, you do not have to worry about this anymore..

Some More Advantages of Python for Data Science

It is Easy to Learn

It is already a known fact that this is one of the most accessible programming tools that you can learn. The syntax is easy-to-understand, which means that your learning curve will be much shorter as compared to other programming languages. You can use a tool wherein you can write the code or text, and it will help you collaborate well with others to make data science even more useful.

This is Considered More Scalable than Others

Python is one of the languages that has emerged as one of the fastest that you can use. It can solve problems efficiently in a shorter amount of time as compared to other programming languages. It can be, and if in case you run into some issues while using it, you can check the solutions that are offered by the community. The fact that there are a lot of people who use Python as their programming language means that they find this successful in creating and developing different types of applications.

Libraries have contributed to Python’s success as a programming language for data science. There are a lot of people who are willing to help their knowledge of Python. If in case you are trying to solve a complex problem, but you have gotten stuck, you can start searching for more details. You are bound to find the information that you are looking for. The best thing about the data libraries is they are always being updated.

There are different visualization options that you can get when you choose Python. Not only will you be able to understand data, but you can also create graphical charts, plots, and so much more. You need to be familiar with the different data visualization packages that are available to make this happen.

As a data scientist, you should aspire to become more versatile. Learning python for data science and getting a certification for it will allow you to have the edge over other data scientists. This is the best thing that you can do to ensure that you will always be one of the best ones available.