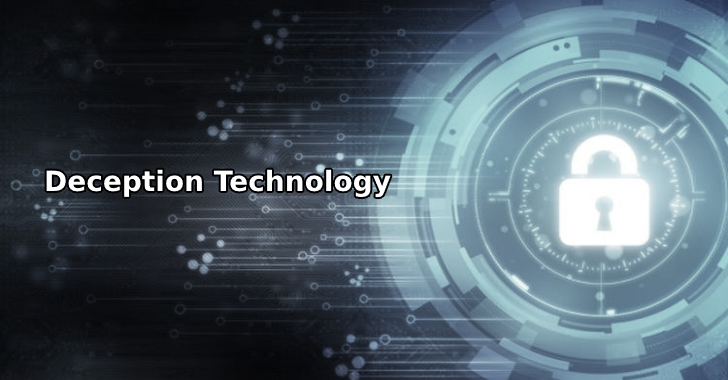 Development with technologies such as Deception Technology has become either a boon for cyber professionals or hackers, and this can go either way thanks to the growth in recent years.

‘Going for the obvious kill’ hacker mentalities are long gone, attackers are now practicing sophisticated takedowns by aligning with government agencies to tap into other nations highly sensitive information or sabotage the networks.

Hackers are smart, and they will find every possible point of entry for a network, they can bypass firewalls and reach their destination at ease. This is why firewalls can be a good security layer but not the best defender against black hat hackers.

But would you believe me, if I say there is one advanced and creative thinking towards handling these attacks by not depending yourself on firewalls? Sounds interesting right, yes this an Israel based startup called Illusive Network is the mind behind this innovative defense mechanism, let me explain.

I am sure most of you are aware of virtual and augmented reality, new technologies in the market that are creating an alternative reality in real time which even engulfs the users at times with its whole new dimension and purpose.

This Israel based startup works precisely based on these technologies to lure the hackers and trap into a virtual world which they have created embarrassing an organization’s real network, coexisting parallel to the original one.

The hackers will either get lost in this virtual world or get knocked out of this virtual network if they are detected.

Organizations are using a different type of solutions to embrace security for their networks, but they can’t keep upgrading or replacing their systems often, and this is where they will need something unique to act efficiently and more advanced than hackers, more like an anti-cyberattack missile.

Is it still confusing? Let me give a better example, you must have come across the invisible laser rays in a museum to secure the valuables, and this is precisely what we are talking about, and it is called as ‘Distributed Deception Technology.’

Prime highlights behind this technology,
● Creating new alternate realities to confuse the hackers
● Remove the easy paths to the original assets
● Cloaking your valuable assets, and defining an alert mechanism to identify a potential breach
● Customized auditing and reporting capabilities

Hackers mostly use phishing for breaching a network or device. Most humans even with proper awareness can at times make blunders which exactly is what the hackers are looking for, once they are in all we do usually is watch them get away with the data, only after detecting it a later date.

But with this deception technology, once the hacker is in he will be given too many options to choose, rather than just two or three, thus creating fake paths to confuse him.

Any hacker who is trying to breach a network will have a two-step process, orientation-how he is going to enter and exit the network (the path) and propagation (what mechanism or powers he is going to use to extract the information).

Out of this twenty variations, only two are the right ways to breach a network, so now if the hacker takes any of the 18 fake variations, then either he will be detected or will get lost in the limbo of our deceptive cycle.

This same scenario applies to brute force takedowns that he will be served with numerous credentials which aren’t the real ones and eventually he will get caught by the security pros.

Hence, instead of just configuring your firewalls, this deceptive technology will put the hackers in an infinite unidentifiable loop where they will keep breaking their paths to reach the valuable assets of the firm, but they will never accomplish it.

Another exciting part is, even the developers of this platform will not be aware of these deception variations as it is created entirely based on the notorious behavior.

These deception variations are created once their sensors detect such actions, and the hackers are kicked out or looped into the variations immediately.

Data breaches can go down in numbers thanks to this deception system which will tire the hackers thus reducing their successful takedowns. And this deception technology is just in its initial states and the people behind this technology are actively researching to develop even more robust and cloaking systems to make this beneficial for organizations.

This kind of innovation will be a groundbreaking move against the cyberattacks, but only after their implementation across organizations can define their reliability and efficiency.

Remember we are yet to include the artificial intelligence into this deception technology, once researchers and developers find a way to make them work together, hackers will have a difficult time breaching into a network for valuable information or causing havoc for a business.

As we speak, hackers are also evolving every day. They do create different versions of the same malware and start more targeted and sophisticated attacks like spear phishing, man-in-the-browser attacks to sneak into their target, fetch the information and exit the network without even leaving a trace for their existence.

Cryptojacking is another excellent example of their evolution towards hacking methodologies.

Give a try on this deception technology and let us know your thoughts in the comments section.