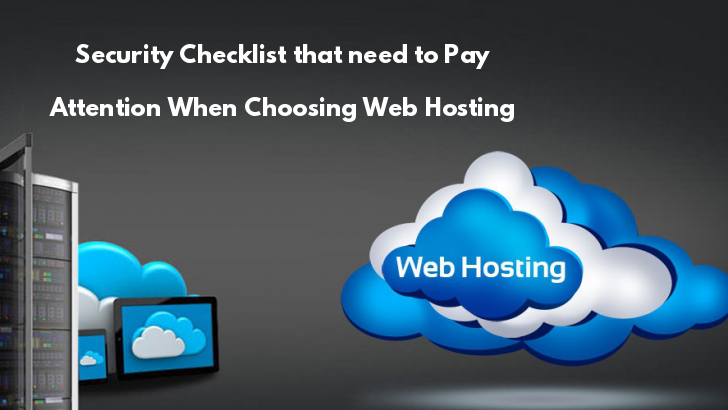 If you own a website, security is one of the factors you can’t mess around with. Choosing a plan that doesn’t offer reliable security just because it’s cheap will get you in trouble sooner than you might think.

There are many cheap web hosting deals you can get nowadays, but nearly all of them come with no security measures at all. Run your site on this type of hosting and you’ll definitely regret that decision later.

Security is something you shouldn’t make
compromises with if you plan on building online businesses. After all, you’ll
need your sites to be secure, not overrun (and run) by hackers. Without
appropriate security features, a hijacked website isn’t only a possibility –
it’s just a matter of time before it happens.

SSL, short for Secure Sockets Layer, is a layer of encryption that protects sensitive data and keeps transactions safe. It’s an extremely important certificate that is a no-brainer if you’re building an e-commerce site. Sadly, it doesn’t protect from cyber attacks.

To keep your website safe from attacks such as SQL injection and vulnerability probing, your web hosting package should also include a firewall.

You can then tweak the settings of the
firewall system to prevent other harmful cyber techniques which could expose
your website and steal your customers’ information.

It goes without saying that a good web
hosting plan should also feature regular backups. Backups need to be performed
regularly and most web hosting packages, even the cheap ones, provide some kind
of backup tool. Check to see how often the server backs up your site, which
will prove key in a case of disaster.

Don’t be cheap about backups, even if the
package costs more with them.

The choice of an operating system is also important for your website. You can pick between Windows and Linux-based distributions, and it all boils down to the website’s technical requirements. Windows-based servers are popular, yet they come with certain restrictions.

Only Microsoft personnel can handle them in cases of an exposed security flaw and they also limit access by default. This is actually a great thing since it limits potential threats from doing damage. It does this by giving standard users permission to log in only by user and password.

On the other hand, Linux-based
distributions have fewer threats and are generally more secure. The open-source
community behind Linux also responds swiftly to any threats. Of course, it’s not 100% secure,
so it really comes down to what kind of website you want to build.

SFTP stands for Secure File Transfer Protocol and is a new and improved concept over the old FTP. It’s an extra layer of security which allows you to drag and drop files and upload them anywhere you want. SFTP has naturally closed the vulnerabilities of FTP, primarily the fact that hackers could intercept files and modify them to suit their needs.

When choosing a web hosting for your business, make sure the deal includes DDoS prevention. Short for Distributed Denial of Service, DDoS is probably the most common cyber attack nowadays. During the attack, bots flood a server with so much traffic that real users can’t access it.

It’s an attack that’s pretty hard to handle, so it’s best to prevent it rather than work on it later. A good web hosting provider will offer a variety of tools that will mitigate DDoS attacks and prevent them from plaguing your website. Just like with SSL encryption, it’s a feature you shouldn’t save money on.